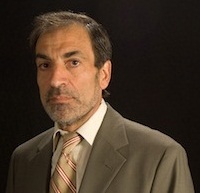 Daniel C. Levy is Distinguished Professor, SUNY, with his main appointment at SUNY-Albany in Educational Policy and Leadership.  Levy’s abiding research interest is how educational institutions fit into the wider realms of civil society and the state. Since 2000 he has devoted his attention mostly to global private-public interfaces in higher education, thus returning to subject matter he had previously treated mostly in regard to Latin America. Levy has published eight books, mostly with leading university presses. He has lectured and worked in six continents. He has received various grants from foundations and awards from academic associations and is a consultant for leading international foundations, development banks, and academic agencies. Levy teaches graduate students, prominently including international students.

Foreword to the forthcoming 《国家与高等教育》中文版前言, publication in Chinese (Beijing Normal University Press, 2017) of his 1986 Higher Education and the State in Latin America: Private Challenges to Public Dominance, University of Chicago.

"Private Sectors in a Dual-Sector World: What to Know about the Leading Sector and Others" in Usher, Alex and Delisle, Jason (Eds). Striking the Right Balance: International Perspectives on Higher Education Policy (in progress).

“What Does Organized Business Want? A Look at India,” International Higher Education, 67, Spring 2012.

Ed. With William Zumeta. Public Policy and Private Higher Education. A special issue of the Journal of Comparative Policy Analysis, 13, 4, 2011.

“An International Exploration of Decline,” in a special section on The Decline of the Private Sector, International Higher Education, 61, 2010.

Conference: How Important is Private Higher Education in Europe? A Regional Analysis in Global Context (2011). International Symposium The Privatization of Higher Education: Private Investments for a Common Good?; Heidelberg, Germany.