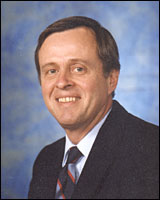 William Zumeta (U.S.A.), Ph.D., is Professor of Public Affairs (Daniel J. Evans School) andEducational Leadership and Policy Studies (College of Education) at the University of Washington where he has been since 1985. He served as Associate Dean of the Evans School from 2001-2005. During 2005-06 he will be on sabbatical leave as Senior Associate at the National Center for Public Policy and Higher Education in San Jose, California. Zumeta holds MPP and PhD degrees from the Goldman School of Public Policy at the University of California, Berkeley. He has held full-time faculty appointments at theUniversity of British Columbia and UCLA and has also taught at the Claremont Graduate University. Earlier, he worked in city and state government and in the Philadelphia Public Schools. Zumeta's research focuses on public policies toward higher education and its finance. He has published studies of federal policies affecting graduate and postdoctoral education in the sciences; factors and forces affecting state support of higher education; state and federal accountability policies and higher education; and the interaction of state and federal policies and private higher education. These studies have been published in the Journal of Higher Education; Review of Higher Education; Economics of Education Review; Higher Education; Thought & Action; Science, Technology and Human Values; and Issues in Science and Technology, as well as in numerous books, chapters, monographs and reports. Zumeta's research has been sponsored by the National Science Foundation, U.S. Department of Education, the Sloan Foundation, the Spencer Foundation, the Lilly Endowment, the Pew Charitable Trusts, RAND, and a number of state and interstate agencies and national associations. Among his latest publications are: "State Higher Education Financing: Demand Imperatives Meet Structural, Cyclical, and Political Constraints," in E.P. St. John and M. D. Parsons (Eds.), Public Funding of Higher Education: Changing Contexts and New Rationales, Johns Hopkins University Press, 2004, 79-107; and "Accountability and the Private Sector: State and Federal Perspectives," in Joseph Burke and Associates (Ed.), Achieving accountability in Higher Education: Balancing Public, Academic, and Market Demands, Jossey-Bass, 2004, 25-54.